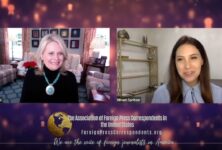 The winners were presented by two members of the AFC Board of Directors, Sissel McCarthy and Miriam Spritzer. 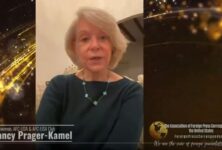 At the awards ceremony, Nancy Prager-Kamel of the AFC USA Chairwomen and Clarissa McNair, Deputy VP and some Members of the Board, Bricio Segovia, Benjamin Tetteh, Alex Segura, Alex Rafoglou in a video message welcomed the participants and spoke about the importance of the foreign correspondents and the work of the AFC-USA. Thomas Barat Director of Ethics, draws attention to the importance of adhering to ethical rules in journalism

Christiane Amanpour, Honorary Laureate, has contributed to the excellence of journalism in her life. The award was presented by Thanos Dimadis, President of AFC-USA. 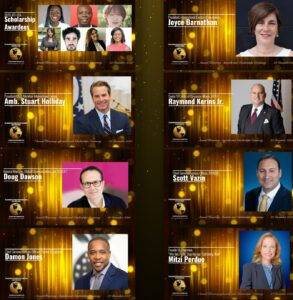 The recording of the ceremony can be viewed.