The ECCOMA.Info – the Magazine of the Chief Communication Officers – was founded in 2006, founded and edited by Thomas Barat, the former Secretary-General and later Vice President of the European Public Relations Confederation.

eCCOMa Collection – others wrote, we quote 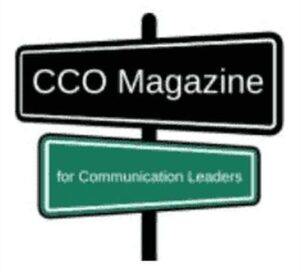 T.G. Barat is a journalist, photojournalist, foreign correspondent/editor, and Head of the NY Branch Office of a Hungarian based Press Agency (WBPI) and TV Channel (Heti TV) in New York. He is the Founder Editor-in-Chief of CCO MAGAZINE – the Magazine of the Chief Communication Officers. He has expertise in writing, editing, and publishing. He was a TV talk show host on one of Hungary’s tv-channel called Budapest Television. Thomas Barat is a retired Professor of Communication and he was the Education Director of European Media and Communication Institute. He wrote 17 books in the field of Applied Communication. Mr. Barat was the President of the Ethical Committee of the Association of Hungarian Journalists and also the President of the Media Self-Regulatory Body of Hungary. Thomas Barat is a member of different professional organizations. Among others: Society of Professional Journalists USA, Association of Hungarian Journalists, Hungarian Public Relations Association, Chartered Institute of Public Relations UK, he is the Founder and President of the American Hungarian Chamber of Commerce. Thomas Barat is the Treasurer, Member of the Board of The Association of Foreign Correspondents in the United States (AFC-USA)

Editor of the English Version of the eCCO Magazine: Alan Jude Ryland

A.J.Ryland is an editor and reporter who has worked on interviews with such individuals as former White House Communications Director Anthony Scaramucci; Maria Fernanda Espinosa, the current President of the United Nations General Assembly; and Mariangela Zappia, the Permanent Representative to Italy for the U.N. He has written about politics and LGBTQ issues for such publications as Salon and The Huffington Post and began his career working as an editor on the actor and activist George Takei’s social media team, specializing in breaking news and pushing progressive policy initiatives.

A.J.Ryland is the General Secretary of The Association of Foreign Correspondents in the United States (AFC-USA)

The email address of the publisher: fibraco@fibraco.com

The main partners of the eCCO Magazine 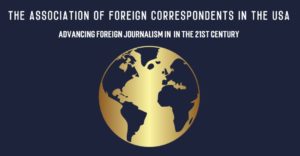 The Association of Foreign Correspondent in the USA 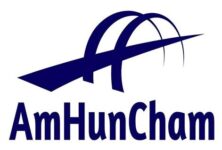