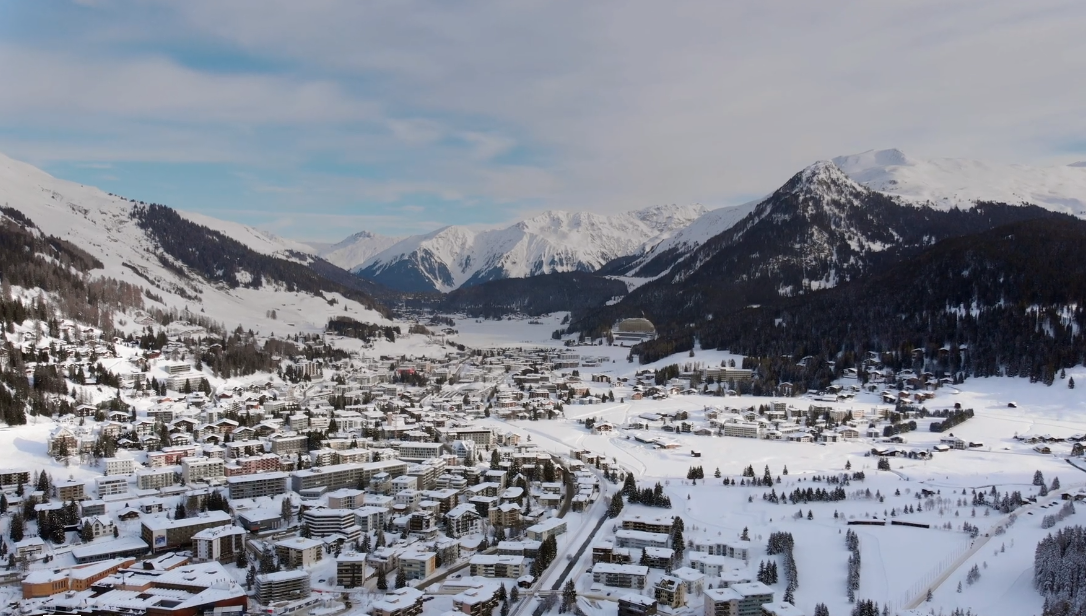 “The annual gathering of the great and the good (and U2’s Bono) has long been associated with ‘globalization’ but that trend has started to go out of fashion.
In fact, the international trading of goods actually suffered a sharp decline in 2019. To reflect this, there’s a new word doing the rounds – ‘slobalisation’.

Barret Kupelian, PwC’s Senior Economist, says: “Globalisation has been a defining feature of the 1970s. Yet the global volume of merchandise traded slowed down dramatically and even went into reverse in 2019. Coupled with the effective disbandment of the World Trade Organization’s (WTO) dispute settlement programme in December, we can expect more challenging times ahead for world trade.”
The theme of this year’s Forum is ‘Stakeholders For a Cohesive and Sustainable World’. To coincide with its 50th anniversary, the WEF has issued a new Davos manifesto (the original one was issued in 1973).

It states that all companies should pay their fair share of tax, show zero tolerance for corruption, uphold human right throughout their global supply chains and advocate for a level playing field.
Klaus Schwab, the Founder of WEF, writes: “To uphold the principles of stakeholder capitalism, companies will need new metrics. For starters, a new measure of ‘shared value creation’ should include ‘environmental, social, and governance’ (ESG) goals as a complement to standard financial metrics.”

But for many activists, the WEF’s new manifesto isn’t going far enough. Writing in the UK’s Guardian, the Swedish climate crisis campaigner Greta Thunberg has demanded urgent action to end to all investment in fossil fuel exploration and extraction. She writes: “Anything less than immediately ceasing investments in the fossil fuel industry would be a betrayal of life itself.”
Strong words. But words that reflect the view of many young activists – that the current status quo is no longer fit for purpose.