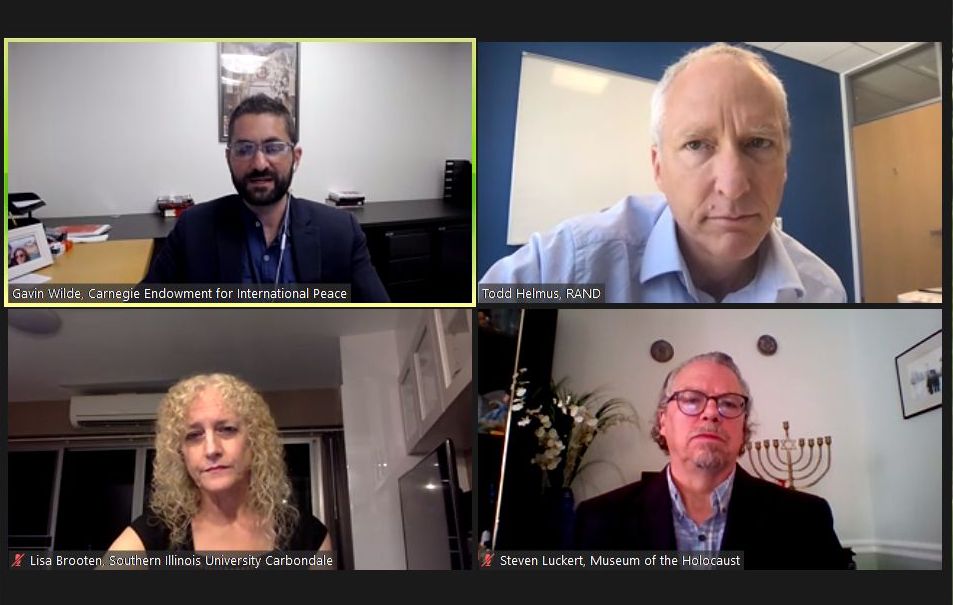 “What Communicators can do to help save Democracy?” asked The Museum of Public Relations, New York, in the first meeting of a series of talks they are hosting online today. The correspondent of the CCO Magazine was present at the event.

The Museum of Public Relations organized a series of events called “Propaganda and Democracy”. They wanted to call the attention of the professional audience the exploring the profession’s role in protecting the truth and preventing disinformation.

The first event of the series shown three examples: “A Century of Propaganda: from the Nazis, Stalin, and the Rohingya Refugee Crisis” The Museum of Public Relations in this event, reviewed the history of propaganda that incites violence and support for violence.

The speakers in the first web discussion recalled the role and specificities of the propaganda. Steven Luckert spoke about the specificities of Hitler’s propaganda and Gavin Wilde about Stalin’s propaganda. Lisa Brooten discussed the communication problems of the twenty-first century in the context of the 2015 Rohingya (Myanmar) refugee crisis.

Examples from the past included the influence of conscious Nazi propaganda on the elections of the time and the problems generated by social media.

The discussion also addressed the relationship between propaganda and democracy, democracy and public relations.

The discussion questions received several contributions from the audience. Among others, one contributor stated his opinion that
propaganda is always in the interest of the person sending the message. This is particularly true in dictatorships. The correct presentation of information in the media should be independent.

A series of talks organized by The Museum of Public Relations will continue online on 18 August on the topic “How QANON, the Proud Boys and the Extremist Media have destroyed public trust.”
The final event in the discussion series will be on the internet on 1 September: “Fighting propaganda and disinformation: how communication can help preserve democracy.”

According to the rules of journalism, a report cannot contain the opinion of the correspondent. According to the rules of journalism, reporting must be impartial. Therefore, the opinion must be published separately. However, we must also clarify that a report also has a basic tone, which depends on the reporter’s knowledge, education, attitude, and many similar things. So even an objective report is often subjective. Especially in what the reporter highlights and emphasizes in relation to an event. Maybe another reporter would have highlighted what happened at the event differently.

We are looking forward to the answer given in the online seminar series: How can communicators strengthen democracy?