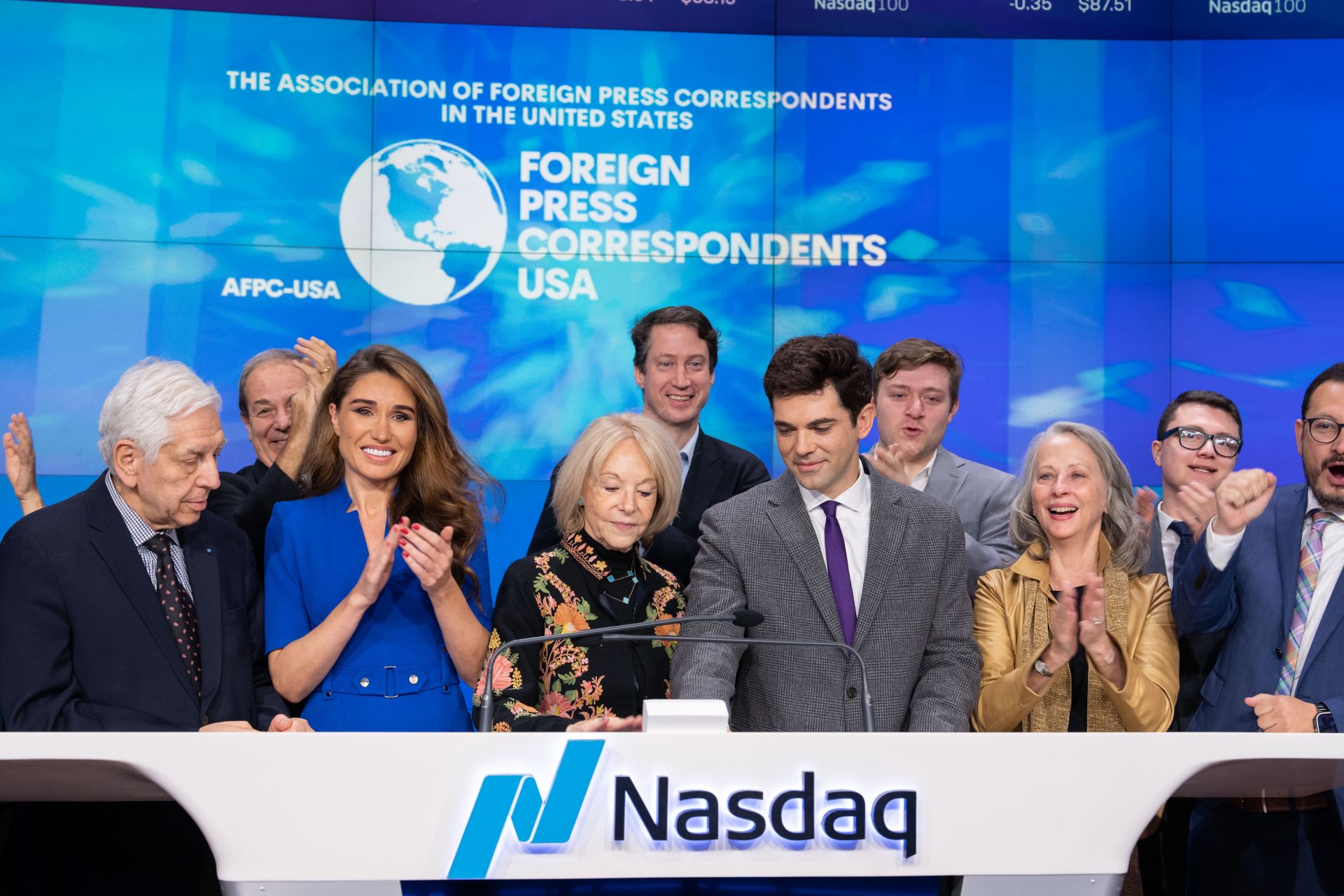 In the NapiMagazin you can read: 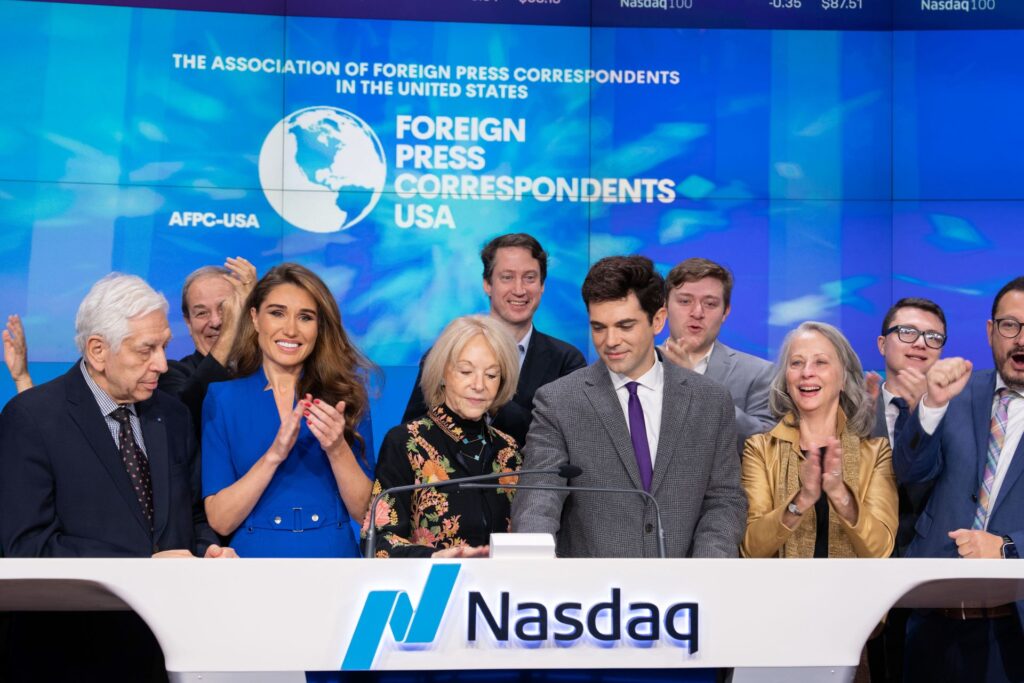 On 19 December 2022, the board of directors of the Association of Foreign Press Correspondents in the United States (AFPC-USA) and some award-winning journalists were invited by Nasdaq to the stock market opening “bell-ringing” ceremony.

In the presence of Chairwoman Nancy Prager Kamel and Thanos Dimadis, Executive Director of the Association of Foreign Press Correspondents in the United States (AFPC-USA), members of the Board of Directors, and this year’s award-winning foreign correspondents, the opening bell was rung, or more precisely, the touch screen start button was pressed, to get the stock trading underway on 19 December 2022.

In response to a question from our reporter, Bob McCooey, one of Nasdaq’s vice presidents, the head of global capital markets, said, “We do two ceremonies a day. One in the morning when we open the stock market and the other at the close of trading.”  Bob McCooey said that Nasdaq organized the first ceremony just fifty years ago. Of course, back then, a small bell was rung to signal the opening or closing of trading that day.

Today, the no bell is showing the start or closing of the trade, and a button on a computer touch screen indicates the trading on the stock market. This button-pushing takes place in a well-organized and deliberate ceremony.

Spectators and actors in one

As a correspondent, I have to say that I was part of an extremely professional and consciously organized event. In a well-equipped television studio, the participants both attended the stock market opening and a live television program.

What was striking to a foreign journalist, a fact familiar to American television programming, was that the producer of the program was consciously directing the program. He repeatedly waved to the participants when to clap, and when to cheer, so that the feeling of joy would “come off” the screen for the viewers. Looking back at the recording of the live broadcast, although the participants could sense that the expression of joy was ‘made up’, this professionalism seemed to be natural to the viewers.

Source: The original article was published in Hungary: https://www.napimagazin.hu/nasdaq-tozsdenyitas-harangszora/